Today, thanks to the support of Eurazeo’s Real Estate team, C2S is the leading operator of medical clinics in the Auvergne-Rhône-Alpes and Bourgogne-Franche-Comté regions, with a total of 17 facilities.

It was in 2018 that Eurazeo invested in C2S, acquiring an 87% stake. At the time, C2S was the eighth-largest operator of private clinics in France and its growth was tied to long-term societal trends. To capitalize on its ideal positioning and its existing regional presence, C2S had already been pursuing a strategy to strengthen its operational management, accompanied by external growth via acquisitions and investments in modernization.

In this vein, Eurazeo partnered with C2S to accelerate its expansion by drawing on the Real Estate team’s expertise in the management of real estate assets and its deep regional knowledge. This investment was fully in keeping with Eurazeo’s Real Assets strategy at the intersection of real estate and private equity.

BIRTH OF A REGIONAL LEADER

Soon after Eurazeo’s investment in 2018, C2S acquired the Belledonne clinic, located near Grenoble. On the strength of its comprehensive medical offering, its sizable bed capacity and its solid reputation, the clinic became the largest facility operated by C2S. Aptly illustrating the escalation of its expansion efforts, C2S added four clinics in Franche-Comté in 2020, to form a first-rate healthcare network in the region.

From the outset in 2018, Eurazeo worked alongside C2S as an active shareholder, bringing it the human and financial resources necessary for its growth, thus contributing to a twofold increase in revenue in just three years. With the acquisitions of seven new clinics over a period of less than three years – in Vesoul, Auxerre, Grenoble, Dole, Pontarlier and Besançon – added to the 11 facilities already under its management, C2S was able to increase its footprint, continuing to bring care closer to patients and becoming the leading operator of multidisciplinary clinics in the Auvergne-Rhône-Alpes and Bourgogne-Franche-Comté regions.

MODERNIZATION OF CLINICS AS A TOP PRIORITY

Eurazeo’s support for C2S also gave rise to major investment programs: in real estate (expansion and renovation projects, creation of new out-patient wards, operating rooms or emergency departments) to modernize the clinics and accompany the rise in activity; in medical equipment (acquisition of surgical robots, including the first European CMR robot in operation in France) to provide the facilities and their practitioners with state-of-the-art tools; and in digital technology, including the digitization of the patient experience and a strengthened partnership with Doctolib, of which Eurazeo is a main shareholder.

In early 2021, Eurazeo sold its stake in C2S to Elsan, the second-largest operator of private clinics in France, which has set its sights on becoming the leader in this sector. With this deal, Elsan has expanded its regional coverage in France.

“We take great pride in having accompanied the expansion of C2S alongside its management. Thanks to the active involvement of Jean Rigondet and his team, and with Eurazeo’s support, C2S was able to reinforce its structure, double its revenue, carry out strategic acquisitions, and set up a medical research unit. The private clinic operator’s rapid growth during this period is testament to the specific expertise offered by Eurazeo Real Assets, at the intersection of real estate and private equity.”

This transaction generated a cash-on-cash multiple of 3.2x and an internal rate of return (IRR) of around 47%. Cash proceeds from the disposal amounted to about €400 million for Eurazeo. 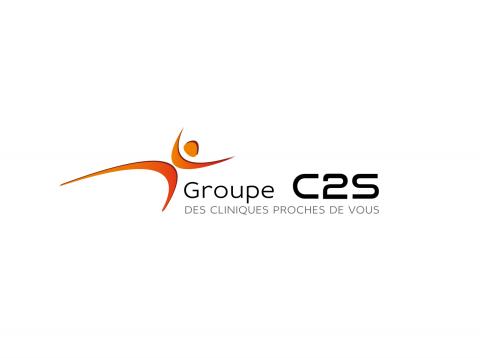